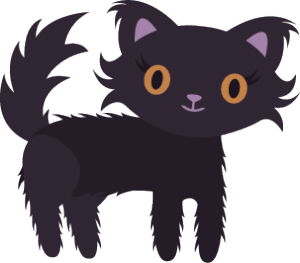 Flipping on the porch light, Diana unlocks the front door and I throw myself forward. I have no self-control. I need out and I need out now. Everything I learned from David at Bark Busters doesn’t exist in my mind. I only know I have to help my friend.

Diana opens the door. I gamble and win, running right between her legs and out onto the porch. I stand for a second on the top step as my eyes adjust to the bright light.

The sudden flood of light startles it just enough to drop its hold on Duchess. With a deep growl, it turns and plunges through the darkened bushes along the green house at the far end of the street, disappearing into the darkness.

I fly off the porch and chase after it, leaving my leash in Diana’s hands. The lock didn’t click when she put tried it put it on my harness. I’m free to defend my neighborhood. Without thinking, I chase after it. I flatten my ears and stretch out, racing as fast as I can to catch it. Across the street and through the bushes I run head long at it.

Nightgown flapping behind her, Diana tries to catch up with me but stops in the middle of the street. She looks down at the dangling leash in her hand. In a desperate last chance bid to stop me before I totally disappear, Diana calls out.

I am gone. Gone from sight, but I hear Diana call out. Of course, I hear her. She is roaring, low and deep, and I have radar dish sized ears. I block her voice and keep on after it. I will fix it with Diana when this is over. But I can’t stop now. I have to confront it and avenge Duchess.

Turning back to the sidewalk, Diana reaches Duchess in seconds. She bends down and gasps at the damage.

Dazed, sprawled flat on the road, Duchess knows she is too hurt to escape. She struggles to get up and run, knowing she has to get home to her own humans somehow. Wounds cover her neck and front legs. Blood mats her fur and glistens in the lamp light. The smell of blood increases her fear. Animals know blood outside their bodies is bad, really bad.

Diana runs back inside and grabs my blanket off the chair. She runs back as fast as a human can and reaches Duchess just as other porch lights click on and doors open. Neighbors, up and down the street, spill out onto their porches.

Slowly, Diana lays the blanket on the sidewalk. She gently reaches down to lift Duchess onto the soft folds. With a hushed voice, she whispers that everything is ok, that Duchess is safe now. She slowly wraps Duchess in the blanket and folds the sides over each other, protecting herself from Duchess’ only remaining defense – her claws.

Diana stands, Duchess cradled loosely in her arms. Tears fill her eyes as she fully realizes the amount of damage. Neighbors begin rushing down the street to try to help.

I have blood on my fur too.

Leave us your thoughts and answers to these two questions in the comment section below. We promise to read every single comment and will even answer some.