Summer mornings start early around here. By 6:00 am everyone was up and busy doing their day. I shook off my tiredness from being up so late, stretched into a flawless downward dog and yawned deeply. Diana opened one eye, hoping I won’t notice. Who is she trying to kid here? It’s my job to notice. I take my job seriously and pounced immediately.

Sasha! Enough with the flying paws. I’m up. I’m up.

Diana sat up and dangled her feet off the side of the bed. I bit her toes. I bite her toes every day. Diana hates it. I love it. I run back and forth to the door, willing Diana to hurry. After what seems like hours but is probably on a minute or two, Diana stood, grabbed her bathrobe and opened the door. I flew downstairs and rushed the front door.

Following slowly behind, bleary eyed and silent, Diana reached the door just as I jumped up and pawed at the doorknob. In two leaps I was off the porch onto the sidewalk, then froze in place. Memories of Duchess, noise, darkness and fear overpowered me. Last night flooded back into my mind. My ears flattened and I cut across through the bushes to get to the grass for my morning business. The smell of last night’s attack lingered thickly over the sidewalk. I physically couldn’t force myself look in that direction.

The grass was soft under my paws.  The sprinkler had done its job for the day.

The sprinklers traveled back and forth just before dawn. Drops of water darkened my fur. I hurried and finished, look narrowly towards the woods, then slipped back through the bushes and rejoined Diana on the porch. My tail hung low. My ears flattened against my skull. Worry lines extended between my eyes. I looked up at Diana with my sad eyes and slowly waged my tail.

Come on. Let’s go in and have breakfast.  As soon as you finish, I’ll see if anyone knows how Duchess is doing.

I distractedly ate my breakfast. My complete joy with eating breakfast was dimmed. I got a big cool drink of water and headed off through kitchen into the living room and out my dog door onto the back patio. The back patio is cool and quiet in the mornings. The White Birch tree just outside the fence dipped its leaf heavy branches onto the bricks. I pushed at the fence gate, rattling the latch in its hinges. The squeaking, banging sound is well known around these parts. It’s my signal to the other pals to join up.

Each pal has their own emergency meet-up signal. Ryan throws bad nuts at us, Leola dive bombs each of us, Oliver slides onto an arm of one of our lounger chairs so I can bark three barks – four times in a row, Duchess jump up on the top of the fence and paces with her held high in the air, and Forbi just yowls loud enough for the raccoons across The Big Street to hear.

One by one the pals assembled. Leola hovered to a full stop onto the tip of the birch tree branch, Oliver glided over from under a hydrangea bush, Ryan leapt up onto the fence, and Forbi delicately jumped over the fence and landed right into my favorite patio chair. Only Duchess is missing. We sadly greeted each other in silence.

I’m forced to take one of the other patio chairs, slide down into a lounging position and rest my head on my outstretched and crossed paws. Without Duchess to lead us, we are a bit lost on how to start.

Leola anxiously hovered up and down on her branch. She cleared her ruby colored throat and began speaking,

Pals, we have an emergency on our hands. Duchess needs us now. The humans can’t solve who attacked Duchess. The humans don’t see and hear what we do. Oliver, please tell us what you saw last night. You were right there. You must have seen something.

Forbi slowly folded his tail around his legs and rolled his eyes. His disdain for the Pals was clearly written on his elegant face. Oliver stretched fully out of his shell and adjusted his glasses, preparing to share his information. Clearing his throat, he started.

Well, yes. Terrible business. Terrible indeed. Let me start at the beginning. Before dark I decided to slide up the side of Sasha’s house to enjoy some cherries that had fallen on the porch roof. It took me hours you know, but once there I took my time deciding on the best cherry. There are lots of considerations when choosing a good cherry…

Forbi’s sky blue eyes focused on me, a smug smile fluttered across his whiskers.

“Please don’t bore us with your convoluted cherry laden tale, Oliver. We all know who attacked Duchess. Don’t we, Sasha?” 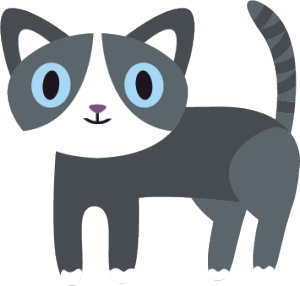 Startled, I looked up and saw that every Pal was looking straight at me with unblinking eyes.